Skip to content
Dave – take care and glad you knew what to do! Interesting coincidence that this happened to one of our secretaries at work just this past Tuesday. Detached retina and for the 2nd time in the same eye, so they sent her to Iowa City.  Tom had that happen, too in his mid 40’s, and both eyes had cataract surgery before he was 48!
Well, Dave – I train my new replacement this week and next, and then once again for one day on the 28th and then I’m retired!  Feels pretty good so far. Took me a solid day to put away everything I brought home from work. The new person in my Nutrition job will be housed at a different building so I’ll train her over there.
I’m facing ankle surgery. I know I’ve written you many times about my foot/ankle issues and surgery is next. They finally diagnosed it and the specialist feels it’s what has caused many problems over the years, but is now bad enough to show up on MRI and is the culprit – and needs surgery to repair. We were hoping I could postpone for at least 3 years, but the cortisone wore off after 4 weeks. I’ll likely schedule it for mid July. Non-weight bearing for 8 solid weeks and then therapy, but will be good to have it done at last and hopefully enjoy retirement.  It’s called an OCD lesion – loss of bone and cartilage in the front of my ankle – they drill holes all over the bone nearby and your body naturally will produce new calcium and scar cartilage, and hopefully enough to fill in the gap which will get rid of the pain and limping.
It would be nice to be pain free after 5 years of off and on problems and many summers of sitting more than standing or walking!!!
My parents celebrate their 65th June 17th. The whole family will be home in early July to celebrate. Was hard getting everyone’s schedules to meet all at once, so early July is when we’ll celebrate it.  My only niece and her 2 kids will stay two weeks while her hubby has to be in D.C., Mike and his girlfriend from Colorado will stay for a week, Chris and Jordan are local, my sister might come from Nevada for several days, and then I’ll have my surgery.
About all for now.  23 years with Linn-Mar schools – 20 managing the computerized lunch system.  It was a great ride. I loved it most of the time, but time to take care of mom and dad as they age more. They just turned 83 and 87 last month and are well – slow but still very active.
Feel free to share this with the group, and take care buddy!  Hi to Bobbi!
Ruth

Debbie Dee let us know that Tom Huber’s mother. Rita passed away recently. Tom has given us permission to post her obituary as a tribute to her life. Please remember Tom and his family in whatever way is right for you.

Rita Huber Erbe, 93, of North Liberty, died Saturday, May 27, 2017, at the Bird House, Hospice Home of Johnson County, Iowa City, surrounded by her family. A gathering and celebration of Rita’s life will be from 5 to 8 p.m. June 28 at the Kirkwood Room in Iowa City. A private family burial will be at St. Joseph Cemetery. In lieu of flowers, memorial donations may be made to the Mercy Hospital Foundation, the Mercy Hospice Unit or the Bird House in Iowa City.

Rita was born Aug. 17, 1923, in Cresco, Iowa, the daughter of Patrick and Eva O’Brien. She graduated from Lawler High School. She married Donald Huber on Aug. 18, 1941. They had three sons together, Terry, Tim and Tom Huber. Don died in 1968. She married Fred Erbe on July 23, 1976 in Iowa City.
Rita loved big band music and enjoyed playing the piano while entertaining friends, dental students and family throughout the years. She was a member of St. Mary’s Church.
Survivors include her husband, Fred; and her sons, Terry and his wife, Diane, of Alexandria, Va., Tim and his wife, Barb, of Fruit Port, Mich., and Tom and his wife, Anna, of Barrington, Ill. She also is survived by five grandchildren and six great-grandchildren.
She was preceded in death by her first husband, Donald Huber; and her brother, Joseph O’Brien.
The family would like to thank the Bird House and its staff of caregivers for the wonderful care and love provided in Rita’s final days.
Online condolences may be left for the family at www.lensingfuneral.com.

I’m sharing this news as a public service announcement, because I want everyone to know how important it is to immediately seek help from an ophthalmologist if you see a sudden increase in “floaters” or “flashes” in your vision. These can be signs of issues with your retina which respond well to treatment if caught early.

I’m home today, awaiting the next step in a process. I have a condition with my eyes called “lattice degeneration” and I am prone to retina detachment. Yesterday morning I suddenly saw a lot of new “floaters” in my eyes. Actually, they looked more like the ribbons that the rhythmic gymnastics athletes use, like a teeny little gymnast was performing in my eyeball.

I have already had laser surgery on this eye to reattach my retina a few years ago, so I knew “the drill.” I left work immediately, called the ophthalmologist for an emergency appointment, and Bobbi brought me to his office. He sent me immediately to a retina specialist. This event was worse than the last one, because the doctor could not see my retina due to the cloudiness in my “vitreous humor.” I’m going back today for a followup appointment, and hopefully he will be able to see what is wrong.
As I said, I’m sharing this in the spirit of letting you know how important it is to get this treated right away.

It is refreshing to have some academic achievements to brag about, and this is a big one.

For Henry and Minah Gerlits! 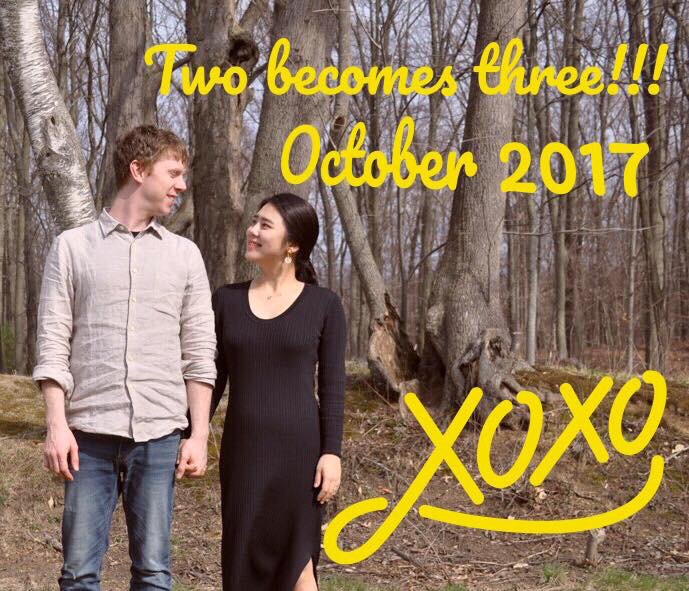 Gene Hartsock is a very special guy. Yes, he is a member of the Tribe, the Iowa City West High Class of 1973.

Come to find out, he is a member of another community. He is well known among the members of his shoe repair profession, and they are rallying together to support Gene.

They have started a GoFundMe site for Gene, and we will let them explain:

It’s time for us to come together and help out a friend and fellow repairman!  Our brother Gene Hartsock has had many health challenges in his life, and now he finds himself in need of not one, but two new hips. So badly in fact, that if he doesn’t get the operation soon, he won’t be able to work his shop any more. He is on the list for the operation, but the problem is the two to three months of recovery time. He won’t be able to pay his rent, and will be forced to close his business.
We simply can’t stand by and let this happen……….
How many of us have benefited from his willingness to help and teach others?  I know his knowledge and tips have helped me out countless times and I am a better repairer because of it.  We can help him out! Every bit will help keep his bills paid while he recovers.  Recovery is important and he does not need the added stress of wondering how he will pay the bills or having to close his doors.  Lets get this done!
Help spread the word!

Bonnie (Tappan) Weldon let us know that Karl Moscrip’s father Bud Moscrip passed away recently. Karl Moscrip has given us permission to post his obituary as a tribute to his life. Please remember Karl and his family in whatever way is right for you.

Bud was born Jan. 22, 1929, in Cedar Rapids, Iowa, the son of Walter and Margret (Knoebel) Moscrip. At the age of 10, he started working at his father’s bicycle shop, Hall’s Bicycle. Bud graduated from Wilson High School in 1946. He joined the Army in 1947 and served during the Korean conflict. Bud returned home and served in the National Guard. In 1950, he was called again to active duty with the 3657 Ordinance Co. to Fort Rucker and then Germany.

In 1952, he returned home to work at the bicycle shop until 1961, when he bought the business from his father. Shortly thereafter, he hired Ronnie Christian and they worked together until Bud’s retirement in 1993.

He married Mary Panagos in Cedar Rapids on Jan. 7, 1983. Bud had a love for bicycling and collecting vintage bikes. In 1994 and 1996, he rode from San Diego, Calif., to St. Augustine, Fla. He also enjoyed traveling, especially to their home in Merida, Mexico. Walter touched the lives of many people with his stories and generosity. Walter never met a person who didn’t ultimately become his friend.
Bud is survived by his wife, Mary; children, Karl (Kathy) Moscrip and Kim Moscrip, and their mother, Kathrin; daughters, Diann (Father Constantine) Terss and Aleka (Mitch) Turner; grandchildren, Kate, Kyle, Antonio, Maria, Kassiani, Amber and Jacob; and great-granddaughter, Taylor.
He was preceded in death by his parents; an infant sister, Barbara; and son, Walter.
Please share a memory of Bud at www.murdochfuneralhome.com under obituaries.

Alan Thomas, Tim Thomas’s Dad, wrote me last Sunday to tell us that Betty Thomas, his wife and Tim’s Mom, passed away early that morning.  Alan and Tim gave us permission to post her obituary as a tribute to her life.

Betty Joyce Rarick was born Dec. 20, 1935, to Jess L. and Violet Reese Rarich in Iowa City. She attended the local schools and was a graduate of City High and the University of Iowa.

She was married to Allen Thomas on Sept. 5, 1954 at Danforth Chapel on the UI campus.

They have three children, Tim (Maggie), Brian and Anne. Betty was a longtime member of the Unitarian Universalist Society of Iowa City.

Her husband and children survive her, as does a sister, Gloria Ihrig, and a brother, Kenneth Rarick, and several cousins and nieces and nephews.

A memorial service will be held at 2 p.m. March 25 at the Sanctuary Church, 2205 E. Grantview Drive, Coralville, Iowa.

Gifts in her honor may be made to the Iowa City Animal Shelter.